Why Animation is More likely to Win You New Business 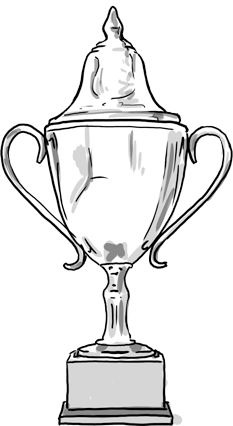 There’s a lot more to animation than Disney and Saturday morning cartoons, and many businesses don’t realise the advantages it offers for producing engaging and educational, as well as entertaining, content. If produced to the right standard, with the right ideas, an animated video will last much longer in the mind of your audience than more conventional moving images.

Below are three reasons why animation, and animation-augmented videos, are more likely to win you business than normal videos.

If you’re trying to teach people, whether educating them about your product or instructing them on how to use it, animation is unrivalled at simplifying complex messages. Not only can it literally depict things in ways that would be difficult in traditional video, but it can also depict the abstract, turning complex ideas into something easier to understand.

An example of this can be found in Leapfrog’s video for Big Barn. A war between supermarkets is shown as a literal battle, complete with a cow-firing cannon.

Not only this but it packs in a lot of ideas (the company’s history, it’s mission, how the audience can get involved) into a short and easy to understand video.

It uses less and can add more

In terms of the manpower and physical resources required compared to live-action video animation is a lot easier to produce, so it’s a better use of your resources. You don’t need to scout for locations, hire actors and extras, or worry about lighting. You just need a good animator, a great idea, and possibly some voice talent as well.

Even if you’re adding animation to a live-action video it can still save resources and transform something ordinary into something extraordinary. At a basic level this could be animated words reinforcing a voice-over or it could be an illustration of what a speaker is saying appearing next to them on-screen.

It’s a well known fact that human brain reads images much faster than any other form of content, 60,000 times faster to be exact, and with animation the simplicity of the format makes it even easier to digest.

Animation is generally associated with fun and engaging content and it plays to a sense of nostalgia that the audience might have for cartoons, which can create powerful buying emotions. Another word for animation is motion graphics, which is better at explaining the other advantage of the medium. Uninspiring static graphics, for example pie charts and bar charts, can come alive turning something dull into something exciting. So it doesn’t just have to be the characters in an animation that move.

These are the key reasons why animation is more likely to win you new business. If you want an original video that looks unlike anything else on the web and wins you new customers then motion graphics are the answer.

You need an animated video partner that you can trust to be as passionate and enthusiastic about your business as you are, and that’s where we come in. We’ve been making creating web video content since way back in 2002!