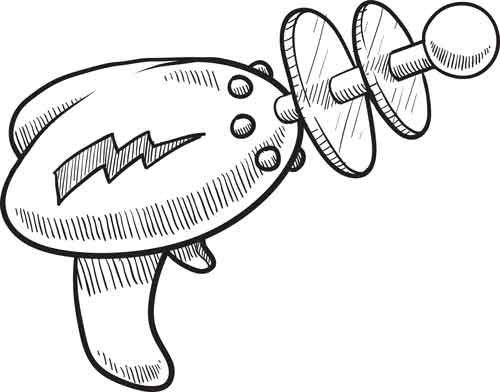 The popularity of motion graphics is on the rise, with businesses starting to realise the value of a well-made explainer video. Not only can they communicate a concept or idea more quickly and effectively than text, but they can also have a significant impact on ROI. According to Vidyard good video can increase purchasing intent by a whopping 97 percent!

Things change fast in the world of video though, and especially with animated videos there are trends and fads which can make them look dated and reduce their effectiveness. By keeping the following five things in mind however you’ll be able to offer evergreen animated content, whether you’re commissioning it or creating it.

Just because a video is professionally made doesn’t mean it isn’t cliched. It’s hard to tell many generic animated explainer videos apart as they use many tried and tested tricks which ultimately look tired and can make a video easily forgettable. Ukulele music, voiceover guys that sound like every other voiceover guy, and animated word overkill are a few cliche culprits that have a tendency to creep into animated explainers. Downloadable and ready-made characters that have been known to appear in multiple videos by different brands should also be avoided.

Avoid cliches by working out what is really unique about your brand, and bring that out in the video. And don’t just copy what’s popular at the moment – if your video is well animated and does a good job of communicating what it is you do then it will have the desired effect.

Chances are you won’t just be sharing your video on one platform. You may want to put it in on your website, Facebook, and Twitter. In the future you may also want to put it on a social network that doesn’t even exist yet. The good news is that you don’t need to, and shouldn’t, make different videos for each platform. Focus on getting one longform video, 1-2 minutes in length, right for your website and then edit it down for different platforms.

A good animation team will be able to conceive a video that will suit different channels, saving the time and money it would take to create individual animations. At Leapfrog Animation we think ahead and plan the each story to suit different applications. When editing videos for social media shorter is better, 30 seconds or less, and the video should grab a viewer’s attention as they’re scrolling down their feed.

Whatever platform your video is being made for, it’s going to appear on many screens of many different sizes. In fact 65% of Facebook’s video views come from mobile devices. So if your video is only made for viewers watching on larger screens, those viewing on smartphones and tablets will be losing out. Text that’s perfectly readable on a 24” monitor will become practically invisible on a 6” screen, while lots of small, detailed graphics will looking confusing on mobile devices and your audience won’t be able to tell what’s going on.

Keep scale in mind when animating and use big fonts, bright colours, and clear graphics to ensure clarity on mobile displays.

If you’ve got something that works don’t just use it once and don’t be afraid to recycle your animation. If you’ve created a popular character make sure you carefully archive your files so that you can bring them out again for the next movie. Animation is a time-consuming art form so it makes sense to get as much mileage out of the different elements of your animated explainer as possible.

Prepare for the virtual revolution

This last point is something to think about more than take onboard now, but it’s worth following the VR revolution as the technology continues to develop and take hold. Headsets like the Oculus Rift or HTC Vive immerse viewers in a virtual world and are perfect for displaying immersive 360 degree video. There are also plenty of 360 videos that can be viewed through YouTube or on Facebook, and they’re becoming increasingly common.

Although it’s still early days for 360 videos it’s developing fast and looks set to be next big thing in video in general.

Animated explainers have an exciting future ahead of them, with more evidence emerging all the time of their effectiveness. As the number of animated videos increases it’s going to be harder to stand out from the crowd, which is why it’s important think about how you’re going to future-proof your motion graphics sooner rather than later.